Here is the (ever-growing) roster of groups contributing to Purple’s efforts:

The Purple organization will not centrally create the campaign’s content. That effort will be distributed among scores or hundreds of content partners – from newspapers to songwriters to video-game publishers to YouTubers to streaming platforms. And everything in-between. They will do so according to their own editorial sensibilities, audiences and business models – so long as the results are free of policy advocacy or partisan skew. The Purple organization will supply resources and research, and amplify distribution reach, but will not dictate how any given partner tells the democracy story.

Some of the participants: 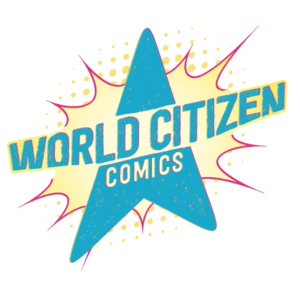 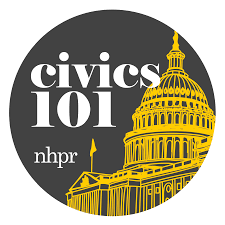 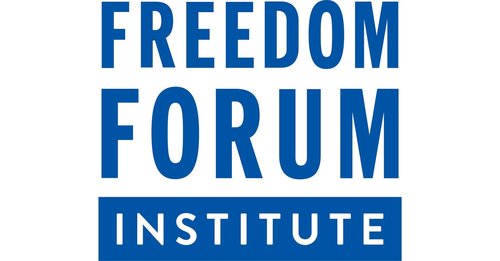 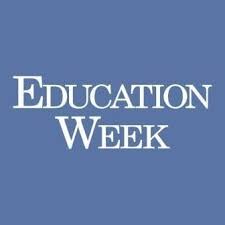 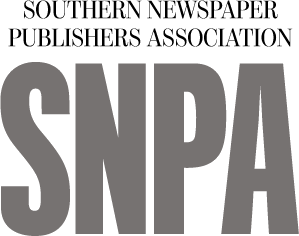 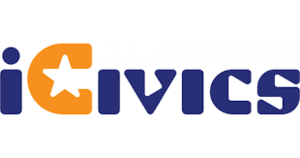 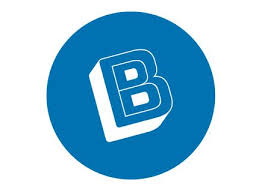 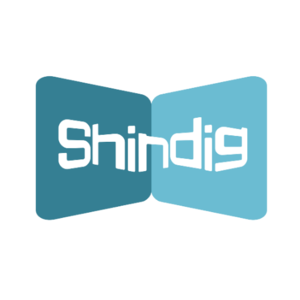 Purple is hosted under the non-profit, nonpartisan auspices of the National Conference on Citizenship in Washington, DC, with organizational resources provided by the Brookings Institution. The task: to address the polarization of the right-left divide, the fragmentation of media, the filter bubbles of social-media echo chambers, decades of decline in civic literacy and growing disaffection from our democratic institutions.

The challenge: how to renew faith and promote participation in our democracy. The preliminary result: a multi-tiered organization of volunteers and professionals, collaborating institutions and energetic individuals whose cumulative reach has won allies in every corner of the society. 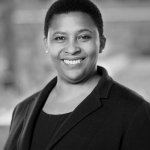 CEO and Executive Director of the California Lawyers Association

Ona Alston Dosunmu is the C.E.O. and Executive Director of the California Lawyers Association (CLA), a nonprofit, voluntary, state-wide bar association and the new home of the Sections and the California Young Lawyers Association. Established in 2018, CLA’s mission is to promote excellence, diversity and inclusion in the legal profession and fairness in the administration of justice and the rule of law. As Executive Director of CLA, Ona leads a team of 30 employees serving nearly 100,000 members, making CLA the second-largest voluntary bar association in the country.

Before coming to CLA, Ona served as Vice President, General Counsel, Secretary and Chair of the Inclusion and Diversity Committee at the Brookings Institution. At Brookings, Ona served as a key member of Brookings’s senior executive team. She was responsible for managing the institution’s legal affairs, mitigating legal risk, and advising the Institution’s Trustees, senior executive team and staff on a wide array of legal, managerial, and policy issues ranging from foreign operations, to conflicts of interest, to compliance. She also contributed to the Institution’s international expansion and helped establish its first Office of the General Counsel.

Prior to joining Brookings, Ona worked as an associate at several large international law firms. She received her J.D. from Georgetown University Law Center and earned her B.A. in journalism and M.A. in sociology from Howard University. 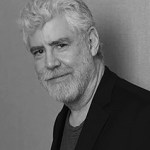 Co-host of public radio’s On the Media

Bob Garfield is co-host of public radio’s weekly, Peabody Award-winning On the Media. He is also the founding co-host of Slate’s podcast on language, Lexicon Valley, and Amazon Channels’ The Genius Dialogues. He is the founder of the Media Future Summit, and, on weekends, is on a sporadic national tour with his one-man show, Ruggedly Jewish.

A heroic multimediocrity, Bob has been a columnist or contributing editor for the Washington Post Magazine, The Guardian, Advertising Age, Civilization and the op-ed page of USA Today. He has also written for The New York Times, Playboy, Atlantic, Sports Illustrated, Wired and the Mainichi Shimbun and been employed variously by ABC, CBS, CNBC and the defunct FNN as an on-air analyst. As a lecturer and panelist, he has appeared in 37 countries on six continents. He wrote a shitty episode of a short-lived NBC sitcom, Sweet Surrender, and co-wrote a song recorded by Willie Nelson. (Long story.) He is a five-time New York Times worst-selling author. His sixth book, American Manifesto, will be published in early 2020. 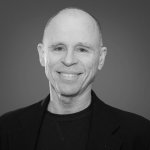 Roberto Orci currently serves as CEO of Acento Advertising, specializing in the US Hispanic market as well as the new mainstream, or Total Market. . Roberto’s background includes a wide range of products and categories. Roberto’s career in marketing and advertising has taken him to Mexico, Canada and the U.S. He was a Brand Manager at Procter & Gamble (Mexico); VP at Ogilvy & Mather in the U.S., Canada and Mexico; and currently leads Acento Advertising in Los Angeles.

Roberto received his BBA in Finance from the University of Houston and his MBA from Thunderbird Graduate School of Global Management. Roberto is also the Past Chairman of CMC-The Voice of Hispanic Marketing.  He has volunteered or served on numerous boards including Taproot Foundation, MALDEF, and is a founding member of the AIMM Alliance of the Association of National Advertisers.

On the personal side Roberto is married to Jeanine, has a stable of pets and is a fitness junkie. 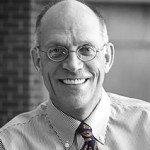 Senior fellow of the National Conference on Citizenship

Sterling Speirn is a senior fellow and former Chief Executive Officer of the National Conference on Citizenship (NCoC), a public charity established by an Act of Congress in 1953 to promote active citizenship. He is the immediate past President and CEO of the W.K. Kellogg Foundation (2006-2013), and was President & CEO of the Peninsula Community Foundation from 1992-2005, which is now the Silicon Valley Community Foundation.

From these philanthropic platforms, Sterling has been a long-time investor in efforts to promote civic and community engagement as well as service and volunteering. He has championed support for local and national dialogues in partnership with organizations such as America Speaks, the National Center for Deliberative Democracy, Public Agenda, the Harwood Institute, Everyday Democracy, and many others. In reflecting on the challenges and seemingly intractable problems our country faces early in the 21st century, he has written “our common problems will only become tractable when we turn our powers of innovation and re-invention to the public-problem solving process itself. Indeed, our country’s democratic practices have undergone dramatic and remarkable change throughout our history in order to keep our system ‘by the people’ a living reality and not a mere slogan.”

Today, thanks to authorizing language in the Edward M. Kennedy Serve America Act enacted by Congress in 2009, NCoC uses Current Population Survey data compiled by the U.S. Census Bureau to work with states and large cities to conduct Civic Health Index analyses and to partner with leaders and activists in these communities to promote civic renewal. At its annual conference NCoC strives to fulfill its Congressional mandate “to indicate the ways and means by which various organizations may contribute concretely to the development of a more active, alert, enlightened, conscientious, and progressive citizenry.”

Speirn currently serves on the Board of Directors of the Greater Washington Community Foundation and is a member of the American Academy of Arts and Sciences national Commission on the Practice of Democratic Citizenship. Previously he has worked as a classroom teacher, poverty lawyer, and community health center manager. 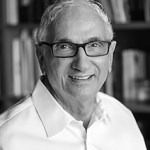 Jerry (Yoram) Wind joined Wharton in 1967 with a doctorate from Stanford. He is the Lauder Professor Emeritus and Professor of marketing. He founded the Wharton Think Tank – The SEI Center for Advanced Studies in management and ran it for 3 decades. He has edited top marketing journals, published over 300 articles, and 25 books, and received the 4 major marketing awards: Buck Weaver, Parlin, Converse, and AMA/Irwin Distinguished Educator Award, and inducted to the inaugural group of AMA Fellows. He was one of the original Legends in Marketing, with an 8-volume anthology published by Sage in 2014. He has consulted with over 100 companies, is a member of executive committee of SEI, sits on the advisory boards of various companies and nonprofit organizations, and testifies in intellectual property cases. He is a trustee of the PMA and the Curtis Institute of Music and chairs the marketing and communications committees of both organizations. He is a co-founder of The Interdisciplinary Center (IDC) Herzliya Israel and chair of their higher academic committee. His current research explores marketing-driven business strategy, the Network Challenge; reinventing advertising; creativity and innovation; and challenging our mental models. He is a 2017 inductee into the Marketing Hall of Fame. 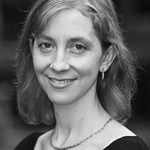 Senior Fellow and Co-Director of Brookings’ Center for Universal Education

Rebecca Winthrop is a senior fellow and director of the Center for Universal Education at The Brookings Institution. Her research focuses on education globally, with special attention to the skills children need to succeed in their lives as workers and citizens. Of particular interest is improving quality learning for the most marginalized children and youth, including girls and children affected by extreme violence.

Dr. Winthrop has authored numerous articles, reports, books, and book chapters, including most recently Leapfrogging Inequality: Remaking Education to Help Young People Thrive with Adam Barton and Eileen McGivney. Her work has been featured in the BBC, Newsweek, Time Ideas, NPR, Economist, and The Financial Times, among others.